Should You Encourage Device Use During Events?

We recently asked 100 people how they feel when they see someone next to them using their phone during a presentation or talk. Here are some of the responses we heard.

“It seems disrespectful to the presenter and others in attendance.”

“I would like to tell them how rude they are.”

“I want to kill them forcefully.”

Whoa. How can people have such strong opinions about the simple act of using your phone?

Well, let’s step into their shoes for a moment. Or into your own memories, since you’ve been in the audience at many talks and presentations. How do you feel when you see the people around you constantly on their phones? Are you able to focus on the presenter, or are you distracted?

We were stunned at how unabashedly people wrote about their disgust toward other attendees using their devices during a live talk. The reactions inspire memories of people using their phones at the movie theater, frustrating those around them.

From what we have uncovered, the same negative opinion carries over to live events.

Active policies toward attendee device use during live events

The opinions we have seen from attendees toward device use is the result of laissez-faire policies from event organizers. Almost every organizer is passive, neither encouraging nor discouraging device use during sessions. As an organizer, you curate almost every aspect of your event—so why stop there? Why not consider an active policy?

Repressing or prohibiting device use is not easy. Attendees (or their employers) are paying to be at your event, and will feel entitled to use their phone whenever they want. So it’s probably not wise to adopt an across-the-board policy of device discouragement, unless you want to hear a steady stream of complaints. 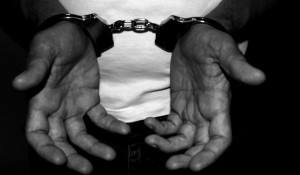 You could, however, enact prohibition policies at some sessions. For example, a keynote with a respected speaker should command the audience’s complete attention. But even in this situation you’d probably prefer attendees sharing quotes and photos on Twitter to an outright ban on device use.

As an alternative to a prohibition on device use, you could restrict device use to a special seating section (preferably in the back or to the sides of rooms). This keeps device use out of the line of sight of most folks in the audience.

If you are going to take an active approach to audience device use during sessions, encouraging constructive use is the best way to go. What qualifies as constructive use?

If you’ve never encouraged constructive device use at an event before, we recommend ramping up over a year or two. Start small with social media hashtags, create incentives for attendees to use it, and then layer in other technologies as they make sense.

The only downside of constructive device use is that you will have to consider forking over extra money to the venue for additional wifi coverage. While you could rely on attendees to use their own device’s data connections, a complete lack of free wifi creates the impression that the event’s organizers are cheap, especially if the registration fee is relatively high. But if you plan ahead, you can build some of that cost increase into the registration fee, find a sponsor to cover your wifi costs, and you will reap the positive reward of more fun and engaging sessions. 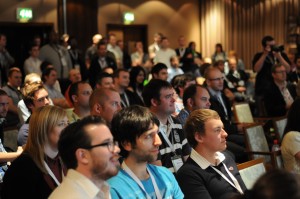 Here are a few takeaways from what we’ve learned:

Engage Your Audience. Get Started Now!